THE GNCJ DEPARTMENT OF WOMEN CHURCH OF GOD IN CHRIST 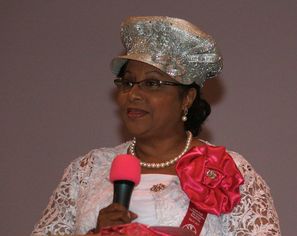 Mother Harrizene Hedgebeth Keyes was born to the union of the late Deacon Harry L. Hedgebeth, Sr. and the late Evangelist Missionary Inez D. Hedgebeth in Plymouth, NC.  She attended and graduated from the public schools of Washington County. She furthered her education at Beaufort Community College in Washington, NC, graduating with a concentration in business and office administration. In addition, she attended East Carolina University focusing her studies further in Business Education.

She began her professional career at Beaufort Community College, East Carolina University, and East Carolina University Brody School of Medicine. During her tenure at ECU, she held key administrative positions and served on several university committees. The latter years of her employment included serving as Executive Assistant to the Senior Associate Vice Chancellor for Health Sciences, who was also the Director of the East Carolina Heart Institute as well as a world-renown cardiothoracic surgeon. In addition, for 13 years, she supervised the administrative support staff in the Department of Cardiothoracic and Vascular Surgery. Although she enjoyed her position, which afforded her invaluable knowledge and friendships with top corporate and world-renown medical professionals from all around the world, in November 2008, the Lord impressed upon her heart to retire. Not knowing God’s plan, in obedience, she retired February 2009, after 32 years of service with the State of North Carolina.

She is second generation Church of God In Christ and has been a member of this church since an infant. She accepted Jesus Christ into her life as a little girl, and received the baptism in the Holy Ghost at age 10. She was nurtured and trained in the way of holiness by her late mother at the “Sanctified” Church of God In Christ in Plymouth, NC, which is now Pentecostal Temple Church of God In Christ. She is a product of the Sunshine Band, Sunday School, Y.P.W.W., and Youth Department. She was always actively involved in the church serving on the Choir, Junior Ushers’ Board, Kitchen Committee, Missionaries’ Circle, and President of the Junior Missionaries’ Alliance.

At the age of 17, she acknowledged and accepted her call from God to become a Missionary. She was mentored by Bishop LeRoy Jackson Woolard, who has been her Pastor for 46 years. She is very appreciative of him for taking the time to pray with her, after school each day, asking God to anoint her and bless her life. At the age of 18, she was licensed as a Missionary in the Church of God In Christ under the late State Supervisor, Mother Estelle McEwen.

In 1998, she transferred her membership from Pentecostal Temple to Davenport Temple Church of God In Christ in Washington, NC, where she serves as a Sunday School Teacher for the Young Adult Women’s Class; Member of the Missionaries Circle; Member of the Program and Planning Committees for Annual Women’s Day and Annual Women’s Conferences, and President of the Outreach Street Ministry. In addition, for the past 15 years, she teaches weekly Bible Study at an apartment complex in Greenville, NC for individuals 55 and up. She also hosted a weekly radio outreach ministry broadcast on JOY 1340 AM.

In 1996, by divine providence, she was selected to be the District Missionary of the Edenton District. Under her supervision, she reorganized the Women’s Department and, with God’s favor, the work excelled and resulted in the Edenton District Women’s Department receiving numerous awards and special recognition from the Greater North Carolina Jurisdiction Department of Women. She served in this position until February 2013.

In addition, for the past 21 years, she has served as Executive Assistant to the Jurisdictional Bishop and serves on several administrative committees. She also worked under the supervision of Administrative Assistant Tommie Murphy, representing Greater North Carolina by leading the Registration efforts for the National 2010 AIM Convention, which resulted in her being asked to work with the National Registration Department.

On December 1, 2012, by divine providence again, she was anointed and appointed by Bishop LeRoy Jackson Woolard to serve as Jurisdictional Supervisor Pro Tem of the Department of Women for Greater North Carolina. On March 16, 2013, she was confirmed and appointed permanently to this position by Bishop LeRoy Jackson Woolard. To complete the national credentialing process, on April 9, 2013, in Memphis, Tennessee, she appeared before the National Licensing Examining Board for the Department of Women for written and oral testing, of which she successfully completed. She was approved by Mother Willie Mae Rivers, General Supervisor, for the Department of Women of the Church of God In Christ and has received her certificate of appointment to serve as Jurisdictional Supervisor of Greater North Carolina. Her official installation ceremony will be held during the 2013 International Holy Convocation in St. Louis, MO.

She is grateful for every accomplishment, but her most treasured gifts are her family. She cherishes her husband, Deacon Donnie Keyes, and they have been married nearly 35 years. To their union, they were blessed with one son, Ryan Blake Keyes, who is n ordained Elder in the Church Of God In Christ, along with his precious wife, Lady Jennifer Keyes.  Although being a wife and mother has been rewarding, nothing compares to being Grandma, a.k.a. “Mimi!” to her grandson, Langston Blake Keyes. She is most appreciative of God for her entire family because they have always believed in her and provided support of her professional and ministry endeavors.

On the morning of her retirement, God spoke to her and said, “For I know the thoughts that I think toward you, thoughts of peace, and not of evil to give you an expected end.”(Jeremiah 29:11).

She gives God all of the glory, honor, and praise for the amazing things He is doing in her life, and she lives by the principle, “God First!” 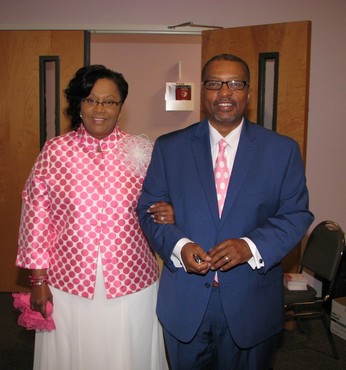